“The only literate tribe deserves the best in information and entertainment” December, 6th, 2020

Today we packed together all the information gathered by our reporters: Espark, 1Chill, and ArcticFox. After gathering the information and finishing writing, they put the text into the hands of our editors, Dust and Espark. Once they finished their work, they published this beautiful newspaper at ArcticFox’s website.

Low effort art contest As of publication, there are over 55 entries in the Bardur art contest. Perhaps members seem to really enjoy the idea of a joke/humorous﻿ art contest. Maybe the low-effort category makes it very easy for people to participate. For whatever reason, this contest has already had more submissions than the last three contests combined. Even though the contest was intended to permit for joke submissions, multiple entries have been deleted for being not related to Polytopia. Entries are due by December 15th. 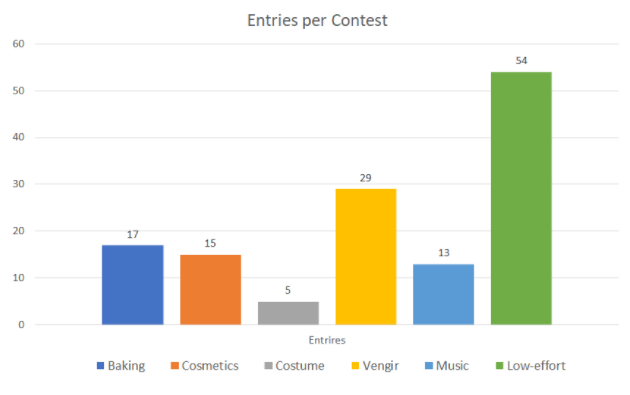 PolyCraft Theft Man-of-Moose loaned Nepoleon a set of gear for a PVP tournament. Nep did not return the gear kit as was expected. Moose asked a mod for help (Mochi), but still Nep did not return the kit. Then Moose and some of his friends (The-Royal-Few, AceofEvil, DeclareBear, and jiKiller ) attacked Nep repeatedly in retaliation. After a VC session Friday with judgement by Zoy and Jusnip with Moose presenting his case, it was decided that Nep will be punished (as yet to be determined). Also, Zoy reminds everyone that if you find someone else breaking the rules, don't try to deal with it yourself. Find a mod and report any rule breaking

Nep admitted to the theft. However, he said he was angry that Moose had previously sent some people to attack him and he wanted revenge. Nep also said, “I absolutely did try to return the kit the second darek (a mod) told me to. I told Moose that I'd return the kit [once] a mod tells me to.” Reportedly, when Moose was grave camping on Nep’s inventory, Nep was trying to return the stolen kit. He posted a video of his efforts to return the kit while the others repeatedly killed him.

In defense of Moose’s actions, The Royal Few explained “We gave him the chance to give it back (by not killing him), then he just stood there, messaged the admins, and yelled at us in chat. He could have given it back right then. [Instead,] he said, ‘I’m not giving it back till an admin tells me to". Then everyone in chat was like, ‘if you know it's wrong then just give it back.’ which he proceeded to say ‘I don't know if it's wrong or not". Then, Disk Jockey Derek, told Nepo to give it back. But he still didn't.” Reportedly, in the past, someone stole Doom's stuff and he grave-camped to get it back, so Moose figured he could do the same.

Eventually, Napoleon returned Moose’s gear. However, before an official punishment for the theft could be determined, there was a PvP killing spree in the market. Nepoleon was banned from the PolyCraft server for one week. Moose and Foxy were banned for 2 weeks.

The staff have been talking about updating the ranked game restart rules for months. In the past, a server manager even called the rules obsolete with the roll out of Moonrise.

Currently the restart rules are as follows:

A restartable spawn is if you are effectively confined to only your starting capital city and cannot expand. Examples: A 1-city island, terrain that requires you to buy a tech to find your second city (ie. climbing), a peninsula where you cannot reach a second city without going through enemy terrain.

Nelluk has recused himself from being involved in an update to the restart rules. He said that although he is very open to new rules/guidelines restarting now that Moonrise has been released, he doesn’t play enough to form his own ideas for them.

Some ranked players want even simpler restart rules, for example only one restart per match, no reasons needed. Others want to see the two city island restart rule incorporated. One ELO veteran and TL of Zebasi, Unscripted, said, “With the change in map generation with the release of moonrise, there are far less “unplayable” spawns (one city islands, other insta-restarts). Polychamps has gone through many rule changes and what we’ve decided is that having a lot of rules for a lot of unfavorable spawns isn’t fun, as it causes games to drag on for a long time. I think that the best solution would be to only keep the 1 city island rule, or have 1 free restart per side by some turn (I’m in favor of t3). Having both a bonus restart and rules causes games to go on far too long, so only 1 of the 2 options can be implemented.”

As of this publication, no server staff have returned requests for comments on updates to the restart rules.

Firstly, our tribe server, Ai-Moya, got new rules, you can read them in #laws-of-this-land,

Secondly, this week, something that has made us all sad happened, our former TL PiKappa, has left the community for an indefinite amount of time because he has to focus on important things such as college, here is his message he sent before leaving:

Heya all, I'm leaving Polytopia. I've already left almost all side servers and I just wanted to put a message here before I leave completely. I have tons of college work which I need to focus on, so basically I'm leaving because I have to focus on other stuff and not procrastinate. If you think I could be leaving for any other reason, the likelihood is that I'm not. I decided on this in October (I thought I'd stay for my term) so anything more recent has had no effect. I will say that I think polytics is going badly but it hasn't influenced this. If you need me for anything my dms are open, but don't flood me, and maybe we have a few mutual servers (there're one or two I'm staying in, if temporarily. It's been a great 2 years and 2 months, thanks for everything. Blue skies,

Pi will be missed 😔. He was in the community for a long time, one of the original “Ai-Bros,” and did a lot for the Ai-Mo tribe.

Remember, art entries for the joint Aquarion Ai-Mo art contest are due by Dec 12. The art should show some aspect of the two tribes interacting in a peaceful or fun way. The winner will receive one month nitro. DM Espark with your entry (we want to keep the artists anonymous).

Lastly this week Ai-Mo Gaming has posted another video! You can watch it here, don't forget to like the video if you think it deserves one and subscribe to the channel to get notified when a new video is posted.

As many people know, ore got buffed in Moonrise. Now it's not rare to see many mountains with ore in all of them.

You and your favorite special unit:

A Polytopia Fan redditor has made these as a gift for his/her friend, have you decided what to gift to your friends yet?

Here is some of the guide:

Hello everyone, today I'll be sharing a crazy good strat I found with Polaris. It's pretty simple and with good luck I think even 200k might be feasible. Anyway. 1.- head into perfection, disable all other tribes and go into a match against 13 other polaris tribes. 2.- you want a spawn that can get you explorer immediately, so say you have ice and a tribe right next to you, you use the ice and discover the tribe to get stars, then research say fishing and get explorer turn 0. 3.- here it depends a bit on what happens with the explorer, most times I find myself with around 13 stars. Point of the whole strategy is that you want to rush the ice bank. So I usually research all the way to the ice bank asap, and then focus the next 3-4 turns on building the economy a bit. 4.- by turn 6/7 ( earlier if you are lucky) you'll have an almost maxed ( if not already maxed) ice bank making you around 40 stars per turn ON TURN 7. I hope you can see the power of the strat. 5.- from here you just want to expand, and eventually dominate. I have been getting around to controlling the whole square by turn 21. 6.- from there I suggest spamming temples, and you should easily reach 100k+. My first time doing this I got 127,666 points ( around top 10 I believe) so there you go.