Today we packed together all the information gathered by our reporters: Espark, 1Chill, and ArcticFox. After gathering the information and finishing writing, they put the text into the hands of our editors, Dust and Espark. Once they finished their work, they published this beautiful newspaper at ArcticFox’s website.

New Community/Art/Gaming focus On Wednesday, there was an announcement proposing reorganizing the server to focus more on art, gaming, and community. This would most likely coincide with the end of the current TL system. Although no details were given, we may see new channels to encourage art, game streaming, and other events. For example, Directors may be allowed more autonomy to host competitive events like tournaments and in-game challenges. In #server-feeback, an admin explained further saying, “We'll probably be removing and appointing Directors when the new system hits. Basically Directors will be able to run their own events without much or any staff intervention because the current staff activity isn't enough to hold regular events.” Another admin, ForeverBlue said, “[The change] is not really supposed to replace TLs. This change is more to re-adjust the server’s focus. On this server, TLs aren’t really necessary because they don’t have a well-defined job. They just kinda sit back and campaign every 3 months and get access to a special chat. Some have tribe servers and whatnot and hold events for their tribe outside of their server, but that is completely optional, and they can still do that without a special role, and in fact, are encouraged to do so.”

The reaction to the announcement was mostly positive with many members looking forward to more attention on fanworks and community content. A TL of Aquarion, jkenney said, “I think that the channel additions will hopefully add more depth and organization to those categories. I think that these changes are good, albeit a bit complicated-looking, especially for new members, but if we can get it organized easily then I think it will be great.” RobinHoodrck, a TL of Hoodrick, said, “An art or YouTube channel split up would make more people notice the artwork of the people or the videos as it wouldn’t get lost in the channel.” Attila, an Elyrion TL said, “A game is just as good as the community, and the community is just as good as the art. Do art guys, it makes things better.”

Others had mixed feelings about the proposed changes, especially if it meant the end of the TL system. Quissspark said, “Yeah, I am pretty excited by their new announcement. Sounds like a good plan. Kinda sad though that they are removing TLs, but it is probably for the best.” Jusnip said, “I don’t know how I’d feel about the new system. This seems somewhat unrelated to [the TLs]. I like the idea of implementing more stuff, don't get me wrong, but it seems like it's just unrelated to leadership and organization of tribes.” A Bardur TL, Squelchy said, “I think #fan-content should be deleted. Art is dead and doesn't belong in modern day society.”

December is the Bardur tribe moon and much of the chatter in #bardur-discussion has revolved around the feud between Bardur and Hoodrock. The origins of the feud are unclear. A mod said that the original lore tells that Badur and Hoodrick were once the same tribe that split. Now like rival siblings, the two bicker and fight.

When asked about the feud, RobinHoodric answered, “Bardur and Hoodrick feud over a lot of things, a big thing that causes a lot of disagreements is the big differences in culture. Like in Bardur it’s normal to feed your kids to Bærian.” Another TL from Hoodrick, Quisspark said, “When I joined Hoodrick this summer, everyone in Hoodrick already were against Bardur. I checked the message history of the Hoodrick server and this server, and it appears that the hate was already forming since like 2018. I still don't know the exact origin, but I think it's just tradition at this point. I don't think there's a real reason we hate each other. Hoodrick is like the younger brother of Bardur. Bardur is often seen as the better version of Hoodrick because they are a t0 tribe and Hoodrick has similar resources to Bardur.”

When a long time Bardur member and admin, Tom Holland, was asked about the origins of the feud, he said, “It’s because Hoodrick is a terrible tribe.” 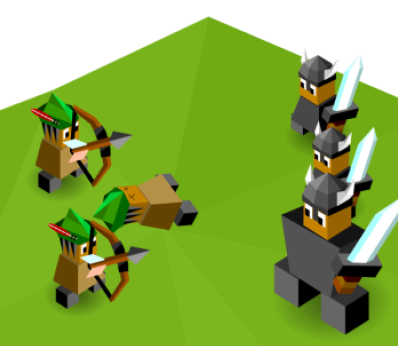 A TL from Bardur, Crimson Chin said, “I think what it all comes down to in the end if you cut right deep into the core of the things and then open it up and find the root of the cause and then get your trowel and dig the root up and then open up the root with a scalpel to remove the heart of the root to inspect it you'll see that hoodrick is just bad and that's why.” When asked for a comment, the popular YouTuber, GullYY said, “Ah Hoodrick. Idk. One day I called em' clowns and from then on it just stuck.”

Missing Admin Multiple admins have expressed concern over the disappearance of a long time admin, MeepMorp. Currently ranked #2 on all time server activity, Meep’s last known message on the server was on Dec 2.

Although Meep’s activity had been declining over the last few months, their recent lack of activity came as a surprise to many. On Dec 9, an admin asked the TL group, “Out curiosity, does anyone know where MeepMorp went?. Then on Dec 10, a server manager said, “MeepMorp, an admin here, has just sorta vanished.” If anyone has any information on Meep or the reason for their absence, please let an admin know.

The deadline to submit art for the Aquarion Ai-Mo art contest has been extended three days. Remember, you can submit any media type showing some aspect of the two tribes interacting in a peaceful or fun way. The winner will receive one month nitro! DM Espark with your entry (we want to keep the artists anonymous). Thank you all. We hope many folks get a chance to win this prize. This Week at r/Polytopia - By ArcticFox: Polytopia Logo in Minecraft: Especially after Polycraft, the subreddit has seen many posts that have a photo of minecraft build that represent something from the game such as a tribe's terrain and head, this one is the game's logo, a similar one can also be found in the Polycraft server.

Thank you for developing my city!

Can (baby) dragons capture villages? Now with the new update the Midjiwan Team released, now any unit can capture cities, including mindbenders and baby/fire dragons, and this seems to confuse people. Note that this also makes the ice archers 0.1 damage pointless 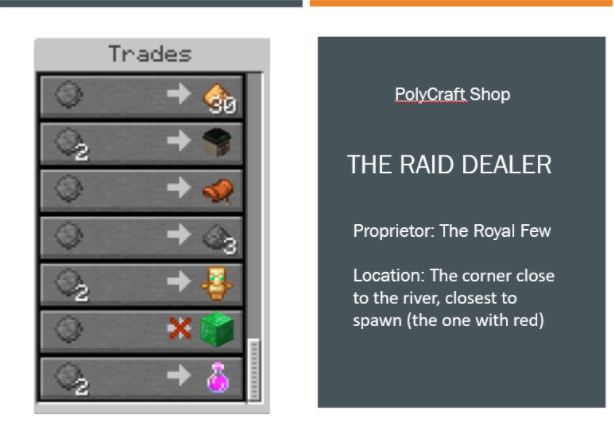 For information on placing an ad in the Ai-Mo Times, please contact a report.