A number of April Fools pranks popped up on Thursday. In the main server, Zoythrus posted an announcement from the Midjiwan team. “We are announcing PolyPet™ - The pet robot you need to tame. Only a few left for preordering!" 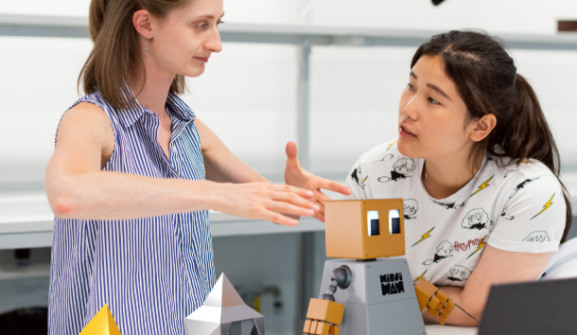 The Bombers team server became an Among Us server. Also, the Luxidoor and the Elyrion tribe servers switched their server icons to the Ai-moya one.

Dank-Polymemes in main was filled with fire memes and emojis.

The Friendly Polytopia server became the Unfriendly Hexonia server for a day.

The ladder league opened up a fake mod application that turned out to be a rick roll version of a google form. Jr Wolf said, “I was planning on doing a bunch of joke responses but they beat me to it by having the form being a joke.”

In PolyChamps, four pranks were reported - nicknames were changed, the server icon got a fake ping, there was a rickroll in a livestream hosted by a mod, and an announcement was made about Luna (a mod) being an alt of HelloIamBush (a helper). Because it was posted on March 31st, some were confused as to whether the PolyChamps Luna/Bush announcement was a prank or real.

When asked for a comment, Luna/Bush said, “Ban the moda. #imwithhugh.”

IckyKarma, a PolyChamps mod stated, "Luna was excited about [the alt joke], the staff helpers thought it was funny. So we just went along with it. It was harmless, believable, and something that an exciting mod requested as their ‘send off’ if you will. I think any exiting mod deserves a good send off."

In addition to PolyChamps, the Bombers server and the Crab Cult created server icons with fake pings.

On April 2, Night resigned his role as admin for the main Polytopia server. He appears to have left the server entirely. Night was promoted to admin in September 2020 and was a long time Imperius member. His service to the Polytopia community will always be appreciated.

This was stated in a recent announcement: "Additionally, we are sad to announce that one of our beloved admins, Night has resigned and left the community."

Hello there, I'm Kahuna, an Admin for the Official Polytopia Discord Server. Recently the server has a new bot called Polymail. This bot is used as a way for the community to reach out to all the staff anonymously. What you have to do is send a direct message (DM), otherwise known as a private message to Polymail. Whatever you type will be relayed to a channel generated by Polymail where the staff can reply to you. Polymail can also handle attached files as well, so if you want to send images you can.

Once you send your first message, Polymail should reply back with "Thank you for your message! Our staff team will reply to you here as soon as possible." After this, you can send more messages or you can wait for a staff member to reply. When a staff member replies Polymail will send you a direct message back. You can choose to remain anonymous by not telling the staff who you are or you can also choose to tell us who you are as well.

You can use Polymail for a variety of reasons such as complaining about a staff member, making a server suggestion, asking the staff a question about why something is the way it is in the server, or reporting on a specific person breaking the rules.

Please don't use this bot to make suggestions for the Polytopia game. We aren't the developers for the game. Also don't ask us how our day is today or anything like that. If you want to do that, you should ask Kahuna#2769.

We have Polymail for people to use, so please feel free to use it. If you are having trouble finding Polymail, it should be right under the admin role in the general channel. Polymail's full discord name tag is Polymail#8049. Anyways, thank you for reading my article & have a nice day.

In addition to getting a couple clones of the Ai-Mo server for April fools (see the April Fools pranks article above), in Ai-Moya there were several discussions about the nature of pranks. Most folks felt that harmless pranks were fine. Others find it heartless to laugh at other people’s confusion and/or pain. A few examples of pranks and what counts as ‘harmless’ were discussed.

A few new Ai-Moyan emojis were added to the Ai-Mo server. Many are recreations of default discord emojis, but there are many original ones too.

Today we present a fan made tribe (FMT), the Thordtehun, by T Shadow. Art by Aetholis1. Music by Tintin.

“The Thordtehun are a tribe of Polytopians who follow a Warlord on their quest of controlling the square. Believing in their words of peace in the future, some polytopians decide to become elite units to build the glory of the Warlord, while getting a piece of the power of their leader. The Thordtehun start with no tech, but they start with a strong super unit that cannot be trained again and the power of creating elite units of each regular one after researching the necessary tech for each.” Tribe Head by Aetholis1: 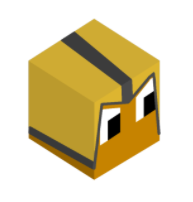 Starts with: A warlord, the tribe’s super unit that cannot be trained again.

Written on April 1st, by tntmasta

There’s a lot of mixed opinions on the recent incident in Polychamps about whether or not Luna is actually an alternate account of HelloIamBush. An important thing to remember about human psychology is we tend to first pick a side, then make some logic. True or not, that fits our belief. With my professional background and after interviewing and getting to know a couple mods in the PC team, I theorized that the Luna alt was not a joke as some may think. Instead, it was a poorly organized and badly timed announcement that a guy during his lunch break rushed to post before everyone assumed it was just a big joke.

A bit of history about Luna. She, supposedly, joined PC in the early days back when mee6 was handling the tribes and nova roles. She didn’t get mod right away, and eventually her professionalism and desire to help the community led her to get the mod role. Bush joined before Luna and got mod powers in a similar way.

People assumed the alt announcement was a joke because of 1) the poorly timed and disorganized message, 2) disbelief 3) how similar announcements were handled or 4) just following half of the herd because it’s easier to do that instead of firmly grasp the situation and make a logical conclusion. Let’s look at the facts. IckyKarma made the announcement originally in league updates. Then he reposted it in server announcements with another message with the @everyone ping that Luna was a Bush alt. Icky is a guy in his 30s with a wife and young kids, which means he most likely has a day job. 9-5 or 8-5 being the most common. He’s in Eastern US time, which would put the announcement corrected for his timezone at 11:42 am and the ping at 12:29 pm. Based on that, we can guess that Icky had his lunch break between 11:30 am and 12:30 pm and the ping was quickly posted before he got back to work when he was notified of it missing.

On the other hand, if the alt announcement is a joke, you usually want it to be as professional as possible so people believe it. Not be disorganized and rush it the day before April 1st. Also, that would mean that alts are a joking matter and that the PC mods feel it’s okay to do a server-wide announcement for a joke of that magnitude. Based on my interactions with Nelluk and Ickykarma, they are not the kind of people to joke about alts. They’re both adults that want to help and actively participate in the Polychamps community. Why would the mod team create more work for themselves just for a crude joke? So they can laugh in the mod thread, sit back, and watch the controversy destroy the community? It also damages Bush’s reputation.

Even if the Luna/Bush announcement is just a joke, being “accused” of having another mod as an alt is not a light matter. There was a whole incident with hipp0 as well as Prophet. There is no good reason for the PC mods to fabricate a story of this magnitude just for an April Fool’s joke.

In the present at the time of writing, Bush lost his mod powers and Luna is gone from the server. Some people believe it’s just a big, crude joke. Others believe it’s actually true and not use denying the announcement just because it was a day before April 1st. We are still waiting for an official statement, so all we can do is wait. If the alt announcement was just a big joke, trust in the mods will slowly degrade to the point of main, which is a whole topic by itself.

Reputation is easy to destroy and a constant struggle to build and maintain. Think about it. PolyChamps mods have no reason to joke about alts in their leadership team because it would destroy their reputation and make alts, a serious offense, just a joke.

Thanks to all our contributors - Druid, Espark, Dust, Tintin, Kahuna, and Tntmasta. A big thanks to Artemis for setting up a new website for the newspaper. Also, thanks to our faithful readers for encouraging the paper to continue.