On April 3rd the Xin-xi architecture art contest was announced. The prompt was to design a Xin-xi building or buildings and explain the significance of it in a short blurb. Voting began on April 17. Twenty seven entries were submitted. 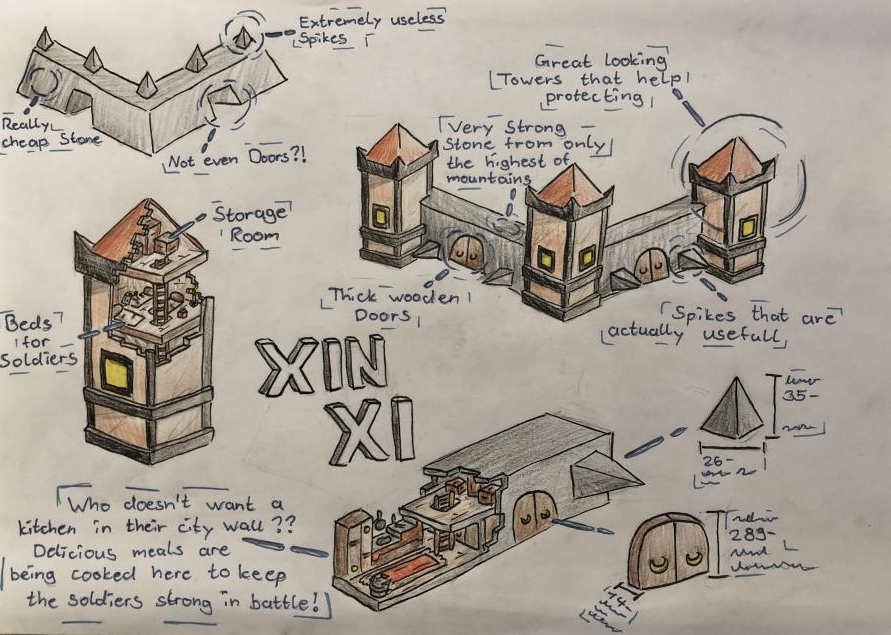 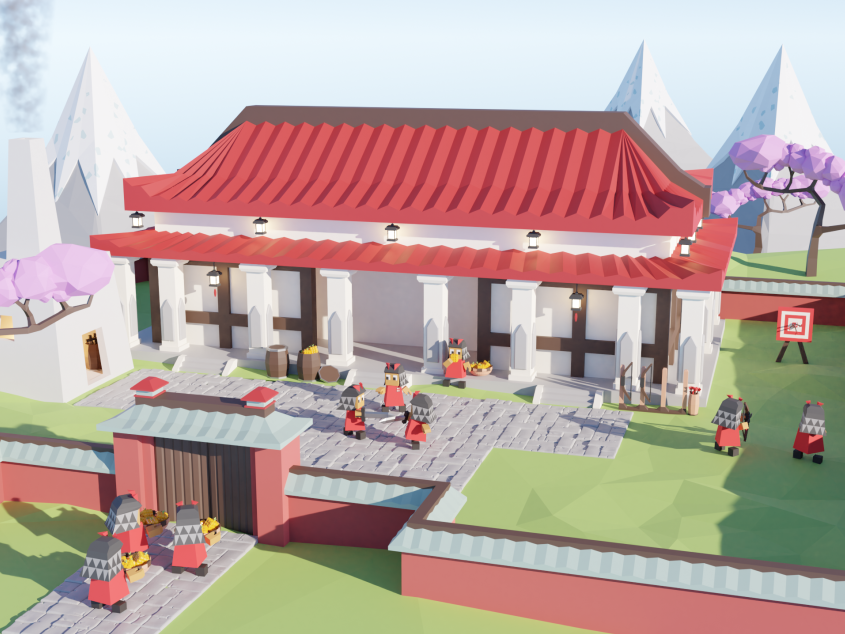 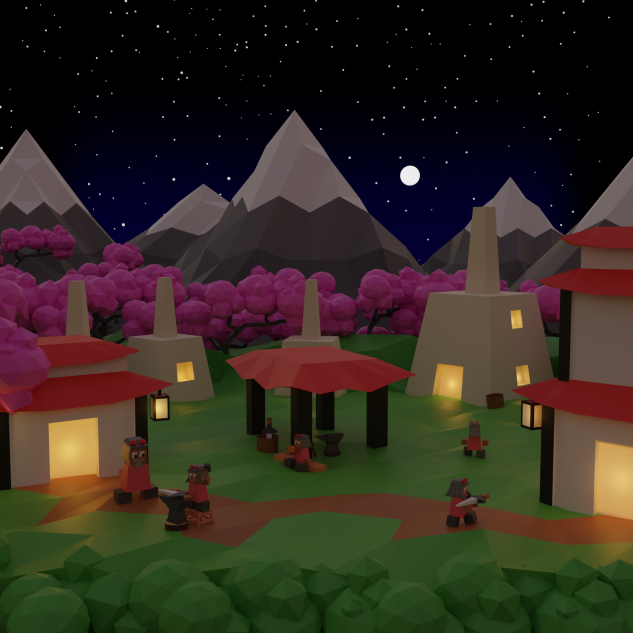 Although Mr.Merford's art was the clear winner, the last few hours of voting, the entries by P.Mark and Viera were neck and neck with votes.

Regarding his winning piece of art, MrMerford said, “It took about 4 days for me. Day one, brainstorming. Day two, outline and make a small sketch. Day 3 finish the sketch and color it a bit. Day 4 add text and better coloring.”

On April 12 a bug with disappearing units was reported. Some called this the “poof” glitch because units went poof and disappeared. Sometimes during a giant push but sometimes not.

Golden Marmoset was the first to report the glitch in the main server. “I was just in a game and it played the replay and right after the replay my shaman just straight up disappeared into thin air. Plus I was having server bugs prior to this on another game. Wow it did it again on my next turn to my shaman. It was still in the same place then just disappeared again.”

Apparently, the glitch was due to a server deploy on April 12. Seven people reported various units -- warriors, shamans, riders, and even giants -- disappearing. Within the day, the server was redeployed with a fix for the disappearing units. For some, the units were lost forever.

Ymiros asked, “So are the units that disappear like gone for good? (Apparently they are). Okay. Not like I needed that full health giant anyway.”

Later, a member of the M-team clarified that if a player was running an old game (version 43) and their unit disappeared on push or other scenario, they would have to exit and rejoin the game.

After an influx of foreign language speakers to Ai-Moya the admins decided upon inviting a translator bot. The Smoogle Translate bot can automatically translate any foreign language to English. Despite being good in theory, the bot seems to not work as we were hoping. We’ve muted it once due to it being an annoyance. The future of the bot is still to be determined but as of writing this bot is still a member of the server. 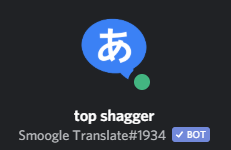 In order to use the bot, a user must first enable it. The bot prefix is “tr?”. For example, type “tr?auto on en” in bot-commands to start using the language bot and translate into English. To stop using the bot, type “tr?auto off.”

Here in Ai-Mo we are not afraid of heart-felt sentiments as long as the exchanges are civil and respectful. After some strong words in the Ai-Mo Times and some heated discussions in Ai-Moya, the first live debate may be around the corner. AnarchoRex and Tntmasta will brandish words to debate the Polychamps Bush/Luna alt April Fool’s joke. Jusnip from PolyCraft will moderate. Espark will be the time keeper.

Place: TBD (possibly the Mountain top in Ai-Moya, possibly Diplotopia or another server)

Tntmasta: Welcome to The Polytopian Interviewer, where I interview people on their experiences and views on the Polytopia discord community. I have Ryan with me today. So, could you tell me about when you first joined the Polytopia community?

Ryan: So I've been playing Polytopia for, I don't know off the top of my head, I'd say like, six or seven years.

Ryan: Pretty much since it was released, I had a friend show it to me and I thought it was really cool. Downloaded it. I've bought all the tribes on like three different accounts that I've lost, so…

Ryan: …I've gotten pretty used to the game. Then about two years ago, I just kind of stopped playing. Got a little bored, and then recently came back with moonrise and all that. When I came back, the first random match I played was against Clo, TheletterClo, and it was a small map, just one v one. And I beat him in four turns, and…

Tntmasta: Were you Elyrion or?

Ryan: I was I think elyrion they're my favorite. So I think I think I was Elyrion but I'm not 100% sure. So I won in four turns. But after three turns, he knew that there was no way he was going to win. So he forfeited and I, just kind of being a jerk, went to the discord. Also, probably important to mention that this was in the beta so I was doing beta testing for moonrise. He was too so I went to the beta test server and was like I just played a game against this guy I beat him in four turns and he forfeited instead of just taking the loss like a man, right?

Ryan: Just messing around and talking trash and then ended up realizing that he was in that serve. Then we started talking and just kind of like, messing around. Then I added him as a friend and we started playing by ourselves. He invited me to his server, which is now Polytopian cave, but back then it was called TheletterClo’s server or something like that.

Ryan: And it was like me, him, and like two other people. He said it used to be, oh. It was a game I can't remember. It was like maybe gension impact, where he talked to a few other people. It was just a small server right. And so I, you know, that's when I first joined Polytopian cave. That's when I first met Clo, just some nice healthy trash talk and messing around.

Tntmasta: Okay. And that's how you got your mod roll I'm assuming.

Ryan: Not quite. When I joined, I asked him to add my bot trigger to the server because I was trying to have a discord like system where when you make a bot and the bot gets invited to 75 or more servers, you can get the bot verified through Discord. And so I was trying to get it in as many servers as I could to get verified as fast as possible. Because once you get a bot verified, it has the little verified checkmark in the bot tag next to its name and it also makes it easier for other people to trust it. They know it's not gonna compromise server security and whatever. So I asked him, Hey, can you add the bot? I know it's a small server, it's not active. But can you add the bot? And so he did. And being the bot overlord, I actually had the power to give myself admin with my bot.

Tntmasta: Isn't that kind of a security risk?

Ryan: No, not at the time. Because it's a locked command. So only I can use it. And I was mostly using it to test it out. And he knew I was doing it. He was laughing. He thought it was cool. Because the coding language looked fun.

Tnmasta: So do you have to be on the same server to give yourself admin?

Ryan: And, you know, there is, like, server owners can disable the bot in different ways. Like, I can't give myself admin unless the bot is above admin. I don't know how to explain that very well.

Ryan: Yeah. And in every server, unless you do something to change it, then I won't be able to by default, give myself the admin role, or do anything to compromise it.

Tntmasta: Oh, you didn't just tell people just give me admin and you're done?

Tntmasta: Okay. There are some bots on discord that are like, just give the administrator. Okay, but then I'm gonna turn everything off.

Ryan: Yeah, so when you add the bot to a server, it requires admin. But even if it has admin, and it's like, at the bottom of the role hierarchy, there's not much that I can do to take control, if you know what I mean. So it's not actually like a, it's not actually a big risk.

Ryan: And I don't go around giving myself admin in every server my bot’s in, right.

Tntmasta: Just most of them, right?

Ryan: Mmm. A few of them, yeah. So when I joined the Polytopia cave, I was messing around with that. He thought it was cool. And so that's how I got mod in like the first place, right, just kind of messing around. And it was a small server. So he didn't mind. Also, he doesn't really know how to use discord that well. So, he didn't even know how to take it away from me. So that's how I got mod.

Tntmasta: Okay. So did you make yourself do any mod responsibilities once the server started growing a bit.

Ryan: So once I first had mod, it was like the old ganeshan server, it was three people. Half of them never got on. There were no chat messages, so I didn't have to do anything. It was like being mod of your own server, right with you in it. So I didn't really have anything to like, do, until he decided that it would be fun to kind of change the server up and grow it. And I thought, “Oh, cool. That's a good idea.” I asked him if he knew how to make a server with like rolls and different channels and be able to lock stuff, and he didn’t. That was like, my main responsibility.

Tntmasta: Managing all the permissions and roles.

Ryan: Yeah, setting everything up so that we could have team games where a team could have their own channels, but couldn't see other team’s channels.

Tntmasta: It's relatively easy to set up. It's just when you're trying in games, then it's a bit of work.

Ryan: Yep. Yeah, that was my first, like, responsibility.

Tntmasta: So I take it you don't really have any authority per se, since it's not your server regarding the issue of more members leaving than joining?

Ryan: So that's a harder question because it's not like such an important server Clo and I really care that much. We would like for it to grow and have a lot of people to have fun, but at the same time, keeping it relatively small is good, because we can have a few different games going, and it's a good test environment for my second bot, the poly teams bot, which I made specifically for that server to help with team games.

Read or listen to the rest of the interview with Ryan in the Friendly Polytopia server.

Thanks to all our contributors - Druid, Espark, Dust, and Tntmasta. A big thanks to Artemis for setting up a new website for the newspaper. Also, thanks to our faithful readers for encouraging the paper to continue. If you want to submit a piece to the newspaper -- art, news article, opinion piece, puzzle, etc -- let us know in #article-suggestions.