On April 30th, the Tiny Tournament Two (TT2) was officially announced. Over 200 players have registered. It has been ten months since the last tournament, the Polytopia Summer Skirmish, was started. Although both the current TT2 and its predecessor, the Tiny Tourney, use a tiny map, the first TT was held in winter of 2019 and structured as 2v2 matches. The upcoming tournament will be a FFA mirror match contest. 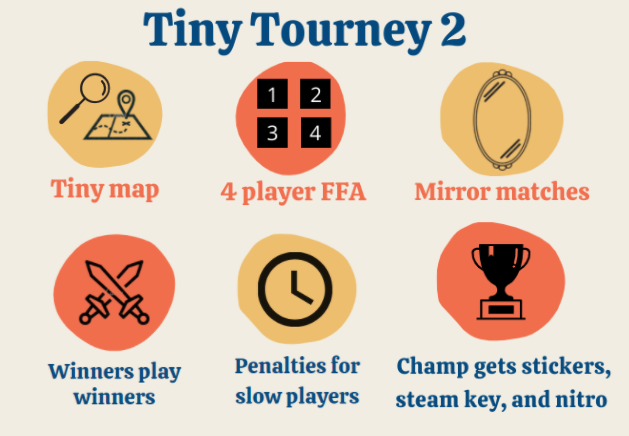 Registration for TT2 will remain open until May 7th. The first two FFA matches will be assigned by May 10th. Directors estimate the tournament will take 8-12 weeks for participants to complete all of their eight FFA matches. For more information read TT2 information. 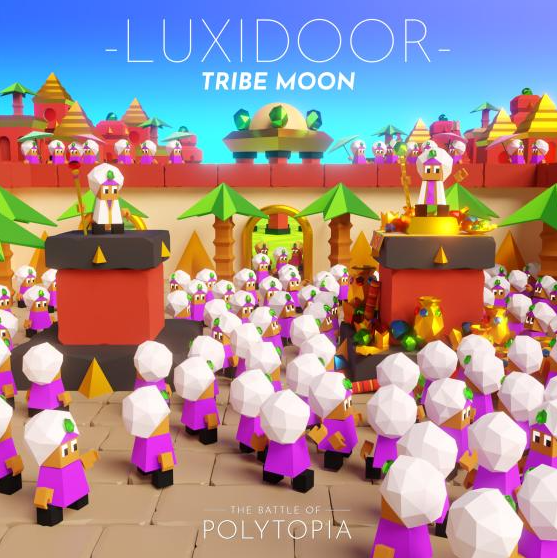 "Unlike other tribes, the Luxidoor democratically elect their Emperor. Of course, the richest candidate always succeeds, because Luxidoorians always vote for the wealthiest. The campaign trail is littered with promises of riches and displays of power to sway potential voters."

The Luxidoor art contest will reportedly be announced later this week.

The winners in the Zen Master Xin-xi gameplay challenge were announced on April 29th. After ten days, fifty entries were submitted to the Xin-xi moon gameplay challenge. The goal was to build one of each of the four types of temple (Temple, Forest Temple, Mountain Temple, Water Temple) in the fewest number of turns. All four temples had to be within the capital boundaries. The winner would be decided by the lowest number of turns.

With the beginning of the Tiny Tournament 2 the gate of power has been reopened to any who seek help from other players. Simply head over to Ai-Moya and type ‘!tt2’ in #bot-commands and you will be given access to #the-strategy-tent Here you can discuss strategy as the name might suggest but you can also get some coaching from experienced players.

A helpful tip for not forgetting to do your turn is to set a reminder with dyno you can do either ?remindme or /remindme and set a small message and ‘in X time’ to have the bot message you with a reminder. 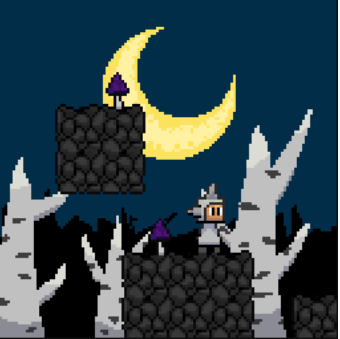 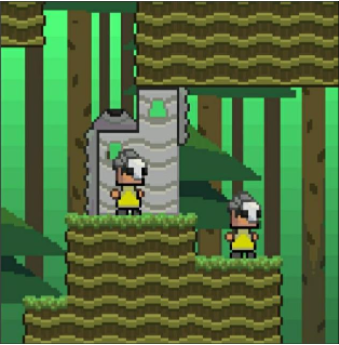 "Cousins of the Vengir, this tribe was forced out of the square shortly after them. However, the Asarai was forced out not because of their warlike nature and dangerous military might, but because they walked among shadows and served Death itself. They were tolerated only because the Vengir defended them, but once the Vengir left, so did they. However, after spending years in the shadows, learning forbidden knowledge from the Revenants whom they share their new land with, They are finally ready to return to the war. All will learn to fear them..."

The Asarai are a tribe based not on overwhelming force, but on stealth, subterfuge and assassination. Their troops receive specialist training, raising the cost of every troop by a third, rounded up, but later on their troops will come into their own and prove to be well worth the cost.

Those new skill info: Stealth: Untargetable by ranged units if standing on a forest or mountain tile. Precision: If this unit doesn't move for a turn, it gets +1 range on its next attack. Slash: when a unit is hit by this, the other 2 units on each side of the target get hit as well. Bind: 33% of the damage dealt by this unit is absorbed as health.

Extra information: Troops cannot upgrade to veteran unless in a shadow temple. However, when they do become veterans, they regain all health as normal, but also choose a buff. This buff is either A: an additional +5 max hp B: +0.5 attack (can't be selected if the unit has <1 attack or 2.9<) or C: +0.5 defence (can't be selected if the unit has <1 or 2.9< defence. Additionally, once veteran, you can pay an additional 3 stars while on a shadow temple to give them extra training, unlocking A: a smoke bomb active ability that gives the troop the stealth ability for 3 turns on use, plus you can still move after using it or B: a throwing knife active ability with 2 range and 2 Atk, and no counterattack. 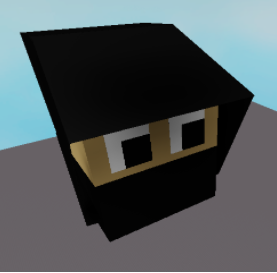 By Espark with contributions from Arthur and Skrealder

Time to rank some tribes. The most recent balance update has made some big changes to the relative power of Polytopia’s tribes. Although the strength differential between the strongest and the weakest teams is less than it was before, we can still have some fun ranking them from top to bottom. 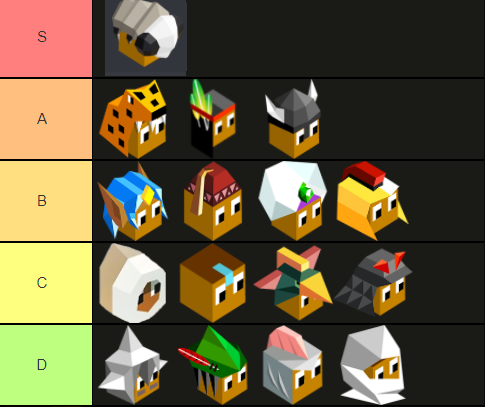 Cymanti is on top. Even before Update 2.0.49. 5345 on April 20th (aka Balance Pass 1, aka v45, aka where-have-all-the-whales-gone), Cymanti was considered a top tier tribe. However, after Bardur, Kickoo, and Luxidoor were nerfed, Cymanti was left unscathed and the lone top tier tribe.

Zebasi is top of tier A because Kickoo has lost all its tickets to the whale lottery and Bardur can no longer sacrifice its verdant forest for cash. Zebasi never relied on whales or chopping, so, like Cymanti, it retains its previous high position due to easy access to farms.

Kickoo comes next because being a t0 tribe still packs a punch. Many games with water maps are still decided by naval battles. Getting a jump on a navy and profiting from custom houses, makes Kickoo a very strong tribe.

Bardur’s animals and lush forests still give it plenty of economic potential. EVen without the cash flow from chopping, Bardur can still get big fat cities with sawmills and lots of lumber huts.

Elyrion never had the ability to chop so v45 levels playing field for the rainbow loving tribe. The previous update in February gave polytaurs the independent ability, which, in addition to no longer being a colony of the motherland, makes Polytaurs not count towards a city’s unit cap. This allows for an early Polytaur rush.

Yadakk’s roads give it an advantage on large maps with few opponents and lots of room to snap up villages before an opponent. With a decent amount of resources and one step closer to trade, Yadakk is better than most other tribes.

Languishing Luxidoor has been laid low. Luxidoor capital is level 2 but still not starting tech. It has the advantage of being able to make three units and the resources in the terrain are good. So still a great tribe, but not as powerful as it used to be.

Imperius is as basic as a tribe can be. Often considered the default tribe, Imperius is a solid t0 tribe with vanilla resources. Not great but not bad either.

When Polaris was first released in June 2019, it was OP. Freezing opponents units and denying them attacks and movement is a powerful ability. After Polaris was nerfed, it was still a strong tribe. Polaris resources are inconsistent and depend on the opponent’s terrain. However, with fewer whales in the ocean and a sole mooni to spread ice, Polaris is not as powerful as some of the other t0 tribes.

Ai-mo’s sole advantage is the early monument, the Altar of Peace. Even with the recent Literacy buff which gives a 33% technology discount, this tribe is still not a strong multiplayer option. Its resources are often scattered, with no single resource type distributed evenly among its terrain, forcing a player to get two techs before being able upgrade.

Quetzali suffered from chopping nerf. Without a starting tech to upgrade its capital, it takes time to grow the quorn economy. Defenders work well against dumb bots who will throw themselves against shields, but human players know better. Perhaps when the diplomacy tech is released, the birb worshippers will rise to prominence.

Xin-xi has more metal than ever before. It is not such a rare thing to see level 8 forges. However, not being a t0 tribe, and varied resources in its terrain, the climbers will still struggle compared to other tribes.

Vengir’s strength comes from early aggression on smaller maps with many opponents. On small FFA games, Vengir can strike as hard as the point on their spiked helmets. However, Vengir’s resources remain poor and swordsmen are expensive.

Hoodrick has dropped due to lack of chopping options. Now you can’t convert saplings to stars. Neither can you carve out the perfect sawmill spot. Archers and forest defense bonus can be useful, but those two abilities can’t compensate for Hoodrick’s other disadvantages.

Aquarion has never been a strong tribe. Even the swift and powerful tridention can’t make up for poor resources and a sluggish super unit. There has been talk of a naval/Aquarion rework for months, but until the oceanic tribe gets some new powers, it will stay at the bottom of the list.

Oumaji is at the bottom because it has poor resources and no starting tech to start growing an economy. Some players love a good rider rush, but other tribes can get riders early while also growing their economy.

Tell us what you think of this tribe tier list. Share your comments in the Newspaper discussion channel in Ai-moya. Also, if you want to submit an opinion piece of your own, contact an editor or post in Article Submissions.

Thanks to all our contributors - Espark, Dust, Druid, Tintin, and Tntmasta. A big thanks to Artemis for setting up a new website for the newspaper. Also, thanks to our faithful readers for encouraging the paper to continue.