On July 21, the Tribe Duels were announced in PolyMain and then the following day in the app. Tribe Duels are a series of tribe brackets, with pairs of tribes pitted against each other. Individual players find opponents and play as their tribe in a best two out of three set of 1v1 matches. The tribe with the most points in each bracket will advance to the next round until a final tribe winner is decided.

The “best tribe” title was removed from the previous Tribe Duel winner, the Ai-Mo tribe, in February 2021. Now the title is up for grabs. In addition to the best-tribe honor, individual players will have a chance to win prizes. At the end of the duels, there will be a raffle to win one of 50 steam keys and three nitro prizes. Players get one raffle ticket for every duel they lose, two tickets for every duel they win, and a bonus ticket if they play for the winning tribe in the final round. With 90 participants to date, most players have a good chance to earn a prize.

The last tribe duels took place two years ago in Summer 2019. Since then, server activity had significantly dropped. Thanks to the recent in-app posting, server membership has begun to grown, with membership passing the 30,000 mark on July 23rd. However, activity for some tribes remains stagnant. Ai-Mo, Polaris, Quetzali, Kickoo have more players than opponents while Vengir, Yadakk, Luxidoor, and Zebasi have a deficit of players. 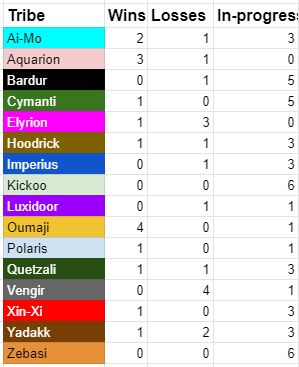 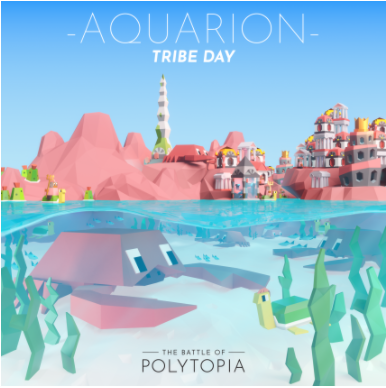 Aquarion’s tribe celebration started July 19th and will last one week. Several members commented on the recycled art from last year and lack of new lore. Also, because the celebration lasts only one week, there are no art contests or events associated with it.

Later in the week, the Aquarion ringtone was released for purchase.

To encourage our duelists, the Ai-Moya server is holding two new activities. First, players competing in the duels can take the duelist role and head to the #strategy-tent. There, they can ask for advice and help others in their duel matches. Second, Ai-Moya is hosting a propaganda art contest. Artists of any tribe can submit art to promote and glorify the Ai-Mo tribe. The deadline to enter your Ai-Mo propaganda is Aug 13th. The winner will get a one month Discord Nitro prize and the "Propaganda Preceptor" role. 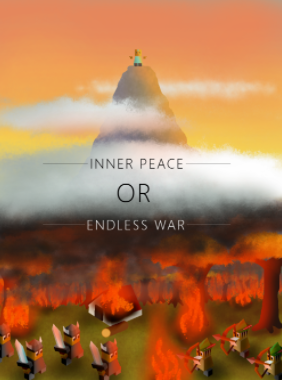 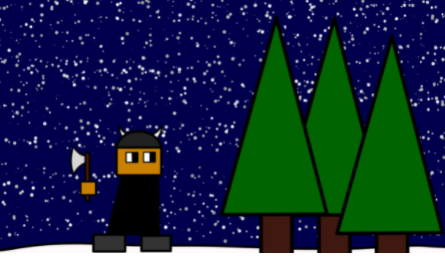 Why Sanctuaries Belong in Archery

Sanctuaries have been around for over three years now, with their existence present along with the release of the ∑∫ỹriȱŋ tribe. The buildings provide one star per turn for every adjacent wild animal and attract game to an empty forest once every three turns. However, while the ∑∫ỹriȱŋ tribe is seen to be widely played by many players, sanctuaries are barely utilized in both casual and competitive matches. ∑∫ỹriȱŋ’s only unique building is almost nowhere to be found, albeit always being available to build during most of the game’s duration.

So, in order to increase the building’s usage, how about moving Sanctuary from Forestry to Archery?

Like water and fire, sanctuaries and lumber huts often contradict each other in various ways. One promotes an “environment-friendly” gameplay, while the other opts for a more “destructive” approach. Both buildings work against each other as the forest tiles with wild animals that sanctuaries need for SPT are utilized to provide one population for two stars through lumber huts, which most players are currently doing.

Separating the ability to create lumber huts and sanctuaries exclusively into Forestry and Archery respectively will eliminate one tech. The star cost of choosing either one of the two techs would also be the same as both are Tier II techs that stem from Enchant Animal, ∑∫ỹriȱŋ’s starting tech. Moreover, players may now opt to go two different ways of playing the early to mid game, providing ∑∫ỹriȱŋ‘s gameplay with much variety.

It is clearly evident in the ∑∫ỹriȱŋ’s physical characteristics of having long hair and pointed ears that they belong to an elven race, which, popularized by modern media such as Lord of the Rings, is commonly associated with the bow and arrow. Therefore, Archery suits the ∑∫ỹriȱŋ tribe’s theme very well.

Archers also give way for various methods of strategic play. Combined with polytaurs as melee powerhouses, archers synergize well by either staying at the back with the Polytaurs at the vanguard or weakening a unit in an enemy city to let the enchanted beasts finish them off.

Most importantly, with Archery, units standing on forest tiles are given a defense boost. With the tribe terrain itself bountiful with trees, this effect would greatly aid the units in defending their own territories from enemy attack. Polytaurs with their low defense could also benefit immensely just by standing on a forest tile as the damage inflicted upon them by enemies would be lessened, thereby leading to greater survivability rates and more damage able to be dealt to foes in the next turn.

Choosing to go for Archery with hopes of utilizing sanctuaries in gameplay would also mean that the Tier III tech Spiritualism would only be one tech away. Planting trees synergizes well with Sanctuaries as it turns them into terrestrial customs houses. Also, how about giving a buff to Spiritualism by reducing the cost of planting trees, or giving sanctuaries the ability to instantly generate a wild animal onto a newly-planted forest? These simple changes would make both Sanctuary and Grow Forest more viable, which might lead to players using them more frequently.

Sanctuaries at the moment are still clearly inferior to Lumber Huts, and this suggestion alone may not be enough to persuade most players to incorporate their use in their strategies. However, while these proposed changes do not offer a complete fix per se, the simple act of moving Sanctuaries to Archery could be the first step in a series of possible changes to make Sanctuaries more viable in gameplay. This suggestion may also provide a slight buff to tech branches elsewhere, such as the aforementioned tree-planting tactic that boosts Spiritualism. Despite its current state, the building does have the potential to equal or even surpass lumber huts. It is just up to the developers to turn that vision into reality, and revive ∑∫ỹriȱŋ’s long-ignored sanctuaries.