On September 28th, PolyMain added role icons to tribe roles and staff roles. Since the server has at least level 2 nitro, it has access to the role icons. If a user has multiple roles with them, the icon displayed is the highest role the user has. Here's a list of the current emotes:

Snek said, “The role icons work well here since we have animals and heads for all the tribes but id imagine this being useless in other servers”

Ember pointed out, “Threads and role icons ... have been a thing on guilded before discord.”

Eis said, “I like how @Moderator gets the creepy role icon”

Initially, the tribe icon roles were heads and many of the icons were cut off and not displayed properly.

There were later reports of some of the animal icons, such as the Polaris mamoo, not displaying properly on mobile. Some members ask for different role icons, such as banoo fruit for Kickoo. Others asked for a contest for them in the future.

Paxu, an Admin in PolyMain, said about the role icons, “They are just fun little pictures. We might change them but it seems right now that we won't. Discord has been adding a lot of strange little things like this and well we have the boost level to do it” 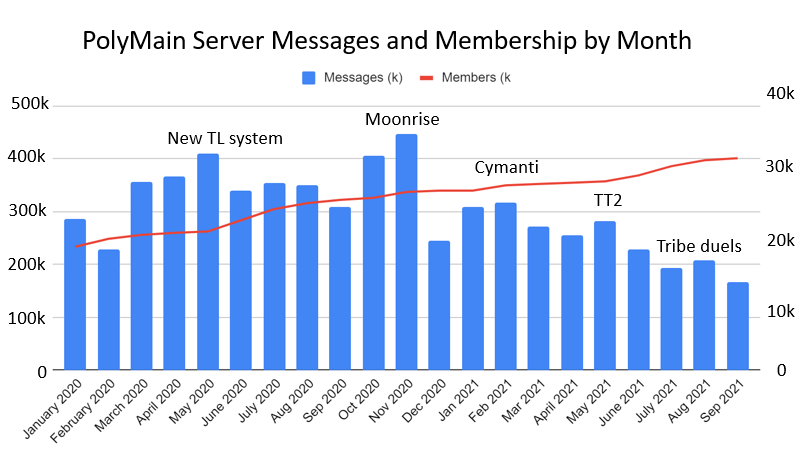 There is a strong correlation between content releases and server events, and spikes in activity. The biggest jumps were during the Polaris tribe release in July 2019 and the Cymanti release in Feb 2021. Moonrise was a huge boost in November 2020. Also, tournaments like the tribe duels, Summer Skirmish, and Tiny Tourney Two, all increased activity for a couple months. When there were tribe leader elections in 2020, those would often cause small rises in server activity when tribe members would campaign for votes.

As server activity has decreased, so has the number of punishments (mutes and bans). Recently, there was a stretch of time between Sept 9 and Sept 27th with no public mutes or bans. 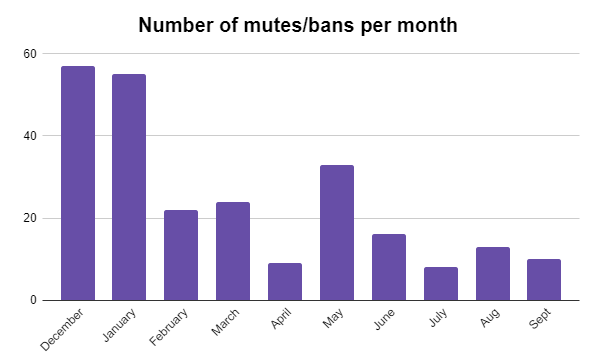 Why are mutes and bans decreasing? There are a few possible explanations. Perhaps trolling, spamming, and other irritating forms of activity are less frequent as overall activity drops. Perhaps the previous higher level of activity was poor quality post. Much of the mutes were for spamming, racial slurs, NSFW, and other nasty rule breaking. Another explanation is that moderators are not catching rule breakers or not enforcing the rules as they have in the past. Moderator activity has also dropped - see the chart below. It is also possible that there are the same number of punishments, but they are being done in private channels.

Moderation staff activity reflects the dropping level of activity and mutes/bans given out. On August 9th, three new mods were promoted - Deuce, Snowgurl, and Rspark (Randome). However by Sept 27th, three mods had resigned and or left the server - Druid, Cathy, and Deuce. 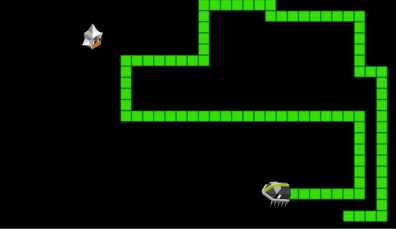 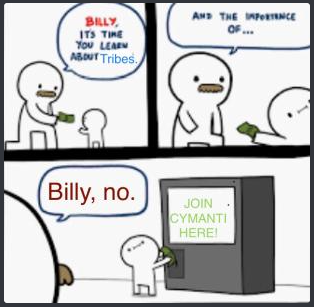 Tntmasta: Welcome to The Polytopian Interviewer, where I interview people on their experiences and views on the Polytopia discard community. I have Mcompany with me today. How are you?

Tntmasta: Not every day I have an admin of main talking with me. The last couple decided to do text, which is fine. How did you first get into the Polytopia discard?

Mcompany: Well, initially I was playing a different game, this game was known as Gladiabots. It was sort of this programming type of game where you just make an AI, play against another AI and go. At some point mid, I think 2017,the creator of that game did a thing on Google Play for indie games. And it just so happened Polytopia was one of those games that also was in there. So when I looked through all the games there were and the ones that were better, the one that got at the top. I was like, “Hmm. You know, this game is free. This game looks pretty cool. Why not?” After a while of, you know, messing around with it, sort of joining the community, just to see what's going on.

Tntmasta: You've also been in the beta server for over two years now. Any comment on that?

Mcompany: Beta is weird. Well, alpha is weird. I will say that the alpha group is more or less a subsection of the beta group, in a way. So a lot of times when I’m in the beta server, I am more or less doing stuff for alpha instead of beta. And it's kind of weird for beta because recently with moonrise, you don't really get much about beta. And then suddenly, it's just like, “Here, have a new version. Here, have another new version.” You know the game is going to update in a week. So you know, it always gets chaotic. Every update, every time you get a new update, or whatever.

As far as alpha goes, it's a whole different story. It's one of the few times you can really actually talk to Midjiwan. You sort of get an idea of how he likes to see the game. It is also where I do a lot more of my talking with Zoythrus about the game. What’s in beta, it is just chaotic, and then quiet for months, and then chaotic again. With alpha, it's like, serious discussions for months. They're like a new version, and then months of discussion about the new version. Then finally goes to beta. And then we just sort of sit around, go back to normal discussing systems for beta. That's how we usually see the beta server. Tntmasta: Yeah, I am a beta myself, and I did some beta. But for mobile, it's like, “You need to update.” But I have the latest version. And nobody really got to fix it. I'm like, “Well, Oh, well.” And then I got distracted with other stuff. I got to test Cymanti as well. That was cool.

Mcompany: Yep. That's one thing to worry about with beat all the time. Will a new update break stuff? Since alpha gets its own app, I've gotten a bit comfortable just saying, “You know what? I’m not going to update to beta.” Because I can just keep the alpha, I have a lot of play on the alpha app, probably outdated by the time beta comes around, but like, “Hey, I got the new features. That's all I need.”

Tntmasta: Yeah, you’re part of the elite group only if you have access to. Though some features might be broken.

Mcompany: Some features might be broken for everyone else who's not supposed to be perfect. It's madness.

Tntmasta: Yeah, it can be quite a few unexpected changes with software, especially with different versions.

Mcompany: A lot of these recent beta versions, you have a lot of changes that get effects outside of beta and everyone around. The uproar can be crazy sometimes. I mean, I've had this happen with a small scale from alpha because before Moonrise, we didn't have our own app. We updated the same way beta does. And you get something like swordsmen have 2 defense now. And I just so happen to get a game against one of the top players. And he just so happened to make swordsmen and you get these weird scenarios like, what now?

Tntmasta: Yeah, version conflicts. Especially with the more recent changes Midjiwan is proposing that's in beta now, it has caused a lot of uproar.

Mcompany: I can say, the way Moonrise has been managed is very different from the way Air was being handled. If any of this happened on Air app, the world would explode.

Moonrise has been a bit more contained. You've had some bad issues with Moonrise, such as when they update the servers, and then it breaks something it wasn’t supposed to break. But outside of that, beta has done a lot better over the years. Tntmasta: Make sense. You've also been in the Polychamps server for a while. I'm guessing that's how you got your ancients role.

Mcompany: Yes, I believe the ancients role for the first 50 or so people who are still around. I know you got like me, you have people like Skreadler, obviously Nelluk, who has the role from just being here from 2018.

Mcompany: I will say, I've noticed a lot of times, it's also sort of the leader of all the other tribe communities. Like, when there were issues at one point where boats would get on land and it was like no one really did anything. It was just sort of watching what to do. And then Polychamps happened to say, “Okay, let's pause everything.” And then almost immediately everything else right after that. You got it, pause, everything. It was an interesting thing, just how big and influential Polychapms, compared to everywhere else, even main. I think the only other fan group with that much power is the Ai-Mo server. Tntmasta: Oh, yeah. They're quite active, even though they're smaller.

Tntmasta: Let's get back to PC, you're the Crawfish co-leader. How did you get your position for that?

Mcompany: If you back that up a little bit, I was also co leader for the Sparkies which was more or less, I used to be one of the more outspoken members in the community in general A lot of people know how I can just run things and whatever. So back in season, I think it was five. No, back in season four I think, Karuin, the leader of Sparkies offered me a position as co-leader and I was like “Eh.” I more take over and run it myself and ignore everyone else. I've had a sort of complex for a while of, “I don't really want to be the leader just to run over all the other people who are also supposed to help me and just call it a day.” He asked me around season five because there were a few people, there was someone who had left the server. So like, you know what? Why not? Why not be that consistent. But why not? So I was co-leader for Sparkies. From there until I left season eight and I came to Crawfish. On Crawfish it was more like it was a combination of me going, “I would love to be a leader. I wouldn't mind that. I did it on Sparkies. I was wanting people to help do a lot of the background work on Sparkies. I would love to be a leader here.” And eventually they just signed me on.

Tntmasta: So after season nine that'll be your first season with Craw and four seasons with Sparkies That's interesting.

Mcompany: Well, I've been on Sparky since the very beginning but my first season co-leader for Craw and my third season as co-leader for Sparkies.

Tntmasta: Okay. Thanks again for letting me interview you. Bye.

Thanks to all our contributors: Espark, Noru, Tintin, and Tmas. A big thanks to Artemis for setting up the website for the newspaper. Also, thank you to our faithful readers for encouraging the paper to continue.