On Oct 7th, an admin in Polymain asked for volunteers to help run game nights. There had been a few successful skribble games in the last couple months and members had been asking for more organized opportunities to play online games within the community. Five server members volunteered—Syllable, Krab King, Mokia, Loni Fruit, and Espark—and a game night was planned. Two new threads were created to help organize and plan them.

On Oct 9th at 5 pm EST, the first game was held: skribbl.io. Over 12 players joined for it, but not everyone could play because of the 12-person limit on skribble. After a couple of hours, the group switched to Mafia. 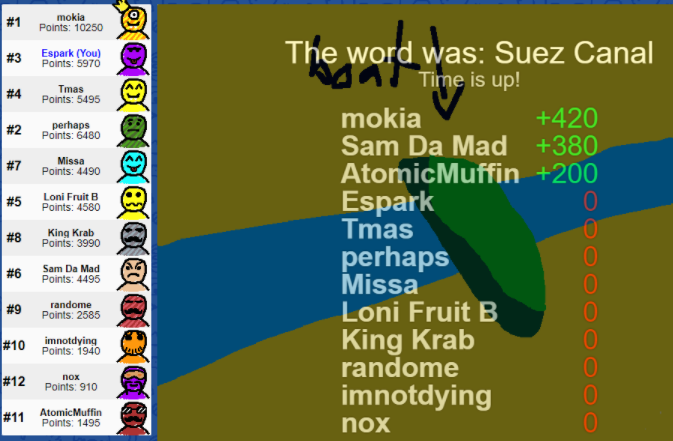 Are you feeling that spooky mood yet? Come and join a festive celebration of autumn's scariest holiday and help build Halloween Town with your fellow Polycrafters.

Halloween Town is located on the North Rim of PolyCraft. You can travel there using /warp HalloweenTown. There is a special haunted house and other fun attractions. PolyCrafters are encouraged to build on a 16×16 spooky space in Halloween Town and enter into the Trick-or-Treat build contest. Contact Espark, Mokia, or GeenaThePirate to sign up.

Although Ai-Moya had planned to sponsor this Halloween PolyCraft build contest, Zoythrus, the Polymain server manager, asked that the event be hosted through PolyMain. Originally, the event was intended to offer two nitro prizes—one to the build winner and one to a lucky voter in a raffle—but those prizes were not authorized in an online space officially sponsored by Midjiwan. The event will be relocated to PolyMain without nitro prizes or a voter raffle prize drawing. An in-game item prize may be awarded. 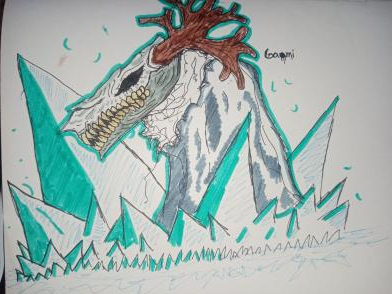 The autumnal leaves above you seem to glow, illuminated by the morning sun. They’re a rustling fire in the sky, swaying gently in the breeze. You’re in a forest of maple trees, made up of mostly flat land with a few large hills breaking up the woods, their smooth green slopes rising up just above the treetops. You can hear birds singing around you, and in the distance a woodpecker occasionally pecking.

Roaming through the trees you spot a Hooxe, a large black bull-like creature with huge horns. They’re aggressive, but can be distracted by tossing a handful of the rare Hurgh mushrooms, which they love to eat, in the opposite direction of where you intend to flee.

Interspersed about the forest are Quissberry bushes, berries that look and taste like raspberries. Quissberries can be made into pies, cobblers, tarts, fritters, breads, jams, and a multitude of other delightful confections as well as a refreshing tea that sharpens the mind, which means the berries could have a stimulant in them akin to coffee or tea. As you may infer from their extensive repertoire of baked goods, Hoodrick have the finest bakers on the Square.

They’re a medieval people themed directly on the tale of Robin Hood, and they dress and act the part, wielding bows from turn 1 and wearing some sharp green bycocket hats with a red feather tucked in the brim. They live in suitably medieval cottages and castles that bring up their English heritage. They also mirror their English counterpart with their history, having gone through a period of turmoil before being able to unite their kingdom. To commemorate their ancient struggle they built the Helarda Pillars. Each of the four pillars represents a core ideal in Hoodrick society: Justice, Kindness, Nature, and Accuracy. Although these Merry Men value Kindness and Accuracy equally in the pillars, in practice they need to leverage their excellent accuracy far more frequently and more urgently to succeed.

The Peekaboo do NOT start with a starting city, and they do NOT have their own terrain. Instead, they own all villages and have a "capital village" where their one invisible explorer starts. The Explorer is harmless, has a slightly better HP regen than Warriors, and has a movement of 2. Though the Peekaboo own all villages, they cannot see or interact with them until they uncover themselves from the clouds. Once the village is uncovered, you can start making units and stars per turn with them. The Peekaboo can upgrade their villages and make units and buildings, but no other tribe can see or be affected by these improvements until the capital village is discovered. The Peekaboo do not have a starting tech and cannot steal one from any source until the capital village is discovered (see point 3). Also, the Peekaboo cannot use ruins until then.

If there were any improvements made to it by the Peekaboo, the enemy can now see it. However, none of the units attached to it can be seen.

The Peekaboo are 'discovered.' The enemy unit attempting to take the capital village gets destroyed with no cost to the Peekaboo. Any units taking over other villages are destroyed with no cost as well. The Capital Village, all remaining villages and all units become active and can affect and be affected by the Enemy. If there is overlap between any Peekaboo units and any enemy units, the Peekaboo units will either shove the enemy into a nearby square or destroy them if there is no room to push them.

It only takes 1 Enemy to discover the Peekaboo for everyone. Once the Peekaboo are discovered they can never go back to being hidden. 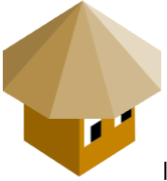 Thanks to all our contributors: Espark, Noru, Tintin, Tmas, and Cutlersan. A big thanks to Artemis for setting up the website for the newspaper. Also, thank you to our faithful readers for encouraging the paper to continue. If you want to submit a piece to the newspaper—art, news article, opinion piece, puzzle, etc.—let us know in #article-suggestions. Keep up, Ai-Mo!