Last week, the Ai-Mo Times put out a call for PolyMain members to fill out a survey about their experiences in the main server. 191 people filled out the survey.

Compared to last year, people found the server to be more friendly and fun, but less active. 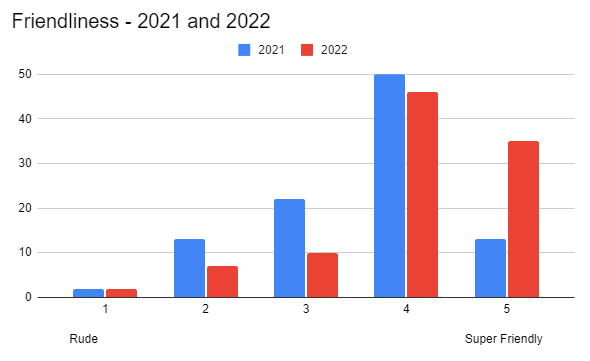 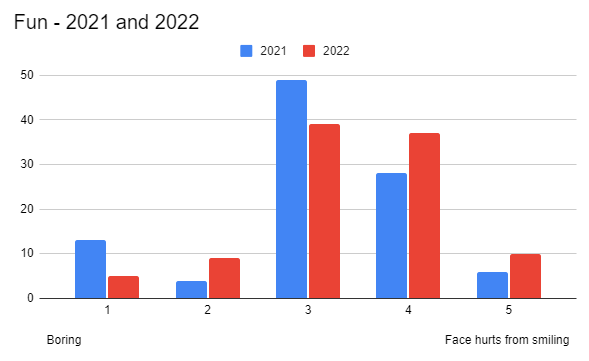 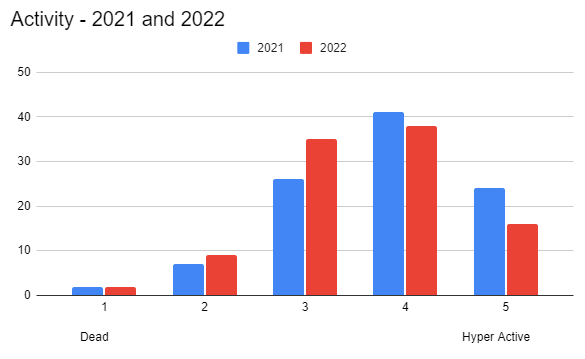 Most respondents approved of the moderation staff, both number of staff and how they are managing the server.

The most popular activities on the server were discussing the Diplomacy/Beta changes, playing Elo-ranked games, competing in tournaments, and PolyCraft. Looking forward, people were most interested to see Midjiwan, tribe rivalry events (like tribe duels), Diplomacy events, and more Beta testing opportunities.

Here are some feedback quotes from the survey:

Give tribe leaders more autonomy, like give them like 5 steam keys to giveaway for competitions More opportunities for new members of the community to find out about other servers

Have the mods be smarter on what they allow in the server, two examples being that they allowed a person to cheat if they said so in an elo game's description. The second example being some members are just trolls and offer no value to the server and should be punished and or banned, and I feel like they are too soft while also being a little lazy.

The staff in my opinion is doing the best they can. We have a lot of great changes recently. I feel like #general could earn a bit more serious activity, yet again the community is the community, and you can't force people.

I think the server is kind of in a golden age right now. Lots of activity, lots of things to do, and lots of fun to have. It got hit pretty hard by all those discord scam things, but I think that’s basically gone now. Keep doing what you’re doing polytopia

Viera was the winner of the raffle for the one month nitro prize. Thanks to everyone who participated.

There is an Ai-Mo in game challenge in PolyMain and we need everyone’s help. Complete rules are below.

Remember, to earn points, all you need to do is defeat three Crazy bots in domination and submit the required screenshots. If you can get less than 30 kills, it will earn more points, but is not required.

Here is advice from McGoon on how to complete the challenge:

Avoid killing anything if it can help it, preferring to wait for empty cities than fight. Play as Elyrion. Polytaurs are good because they have 15 hp (more than a rider, so easier to secure a siege) and only cost 2 stars (much less than knights, and available much sooner) Having a low defense is ideal, as it means you'll kill less when enemies get retaliation damage from attacking you. You could use a swordsman or a giant for sieging, and you'd be more likely to complete it, but anything that attacks you is much more likely to die.”

Thanks to all our contributors, Espark and tmas, and our readers. A big thanks to Artemis for setting up the website for the newspaper.