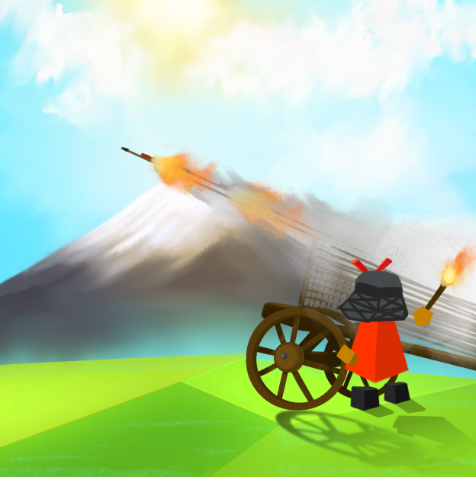 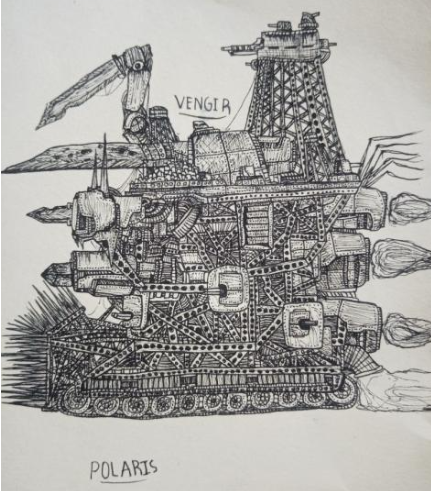 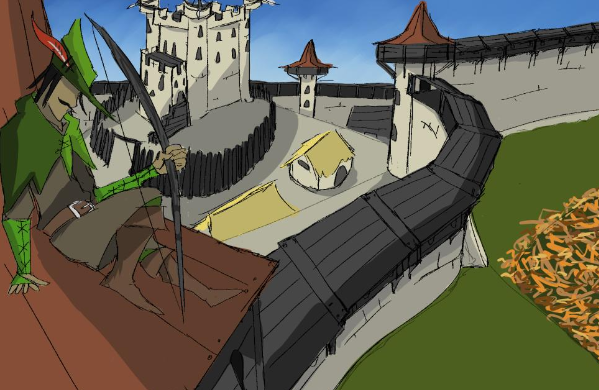 To help celebrate Zebasi month, PolyCraft held a timed event, the Zebasi One Chunk challenge on July 16th. The theme of the build was simply "Polytopia." Competitors were randomly paired with another player then given five minutes to plan their build a pre-selected inventory of materials and resources. Teams had 60 minutes to build whatever they wanted in their 16x16 (one chunk) plot according to the theme. 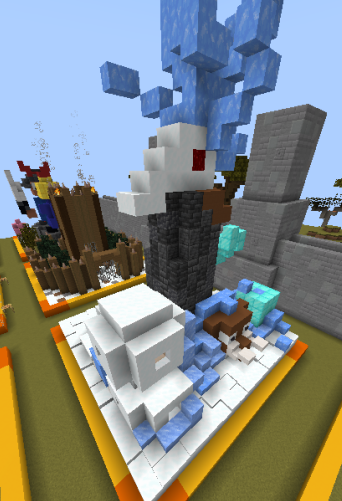 Yotfus86 and .Lluquitus won first place with their impressive representation of a Polaris town surrounding a statue of their one true god: the mighty Gaami. 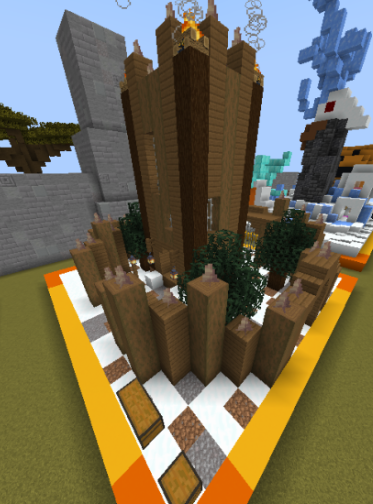 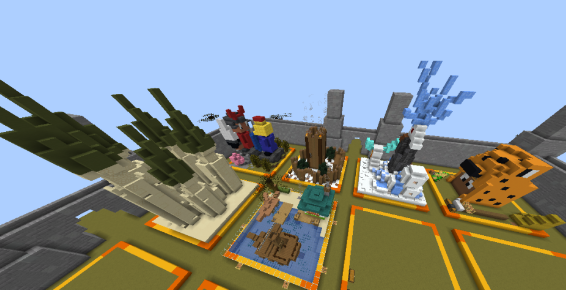 n0ahBnz said, “The event was surprisingly fun and I’m amazed I came second”

Yotfus86, one of the first place team members, said, “It was really fun, and I think a solo version would be great as well in the future. I like the more chill events rather than pvp based ones.”

Tanya, a PolyCraft mod, wrote, “Honestly, that went a lot better than I thought. For only an hour, there were 6 incredible builds, but naturally, only three could place: and the people have spoken! In third place was... crazy enough, a FOUR-WAY TIE! All the builds were truly incredible, and honestly this tie was quite deserved. Perhaps With a better voting method, a true third might have been determined, but this result is just as good! “

On July 16th, Astrea became the first player to win both brackets of the Bullet tournament. The bullet tournament is a blitz 1v1 event held every month in the PolyChampions server. There are typically two brackets based on player time zone, an EST bracket for American players and a GMT bracket for European and Asian players. Each bracket has approximately 12-16 players. The winner of each bracket competes in a separate Grand Finals event the week later. However, it is not uncommon to see players competing in both and staying up late (or early) to play. 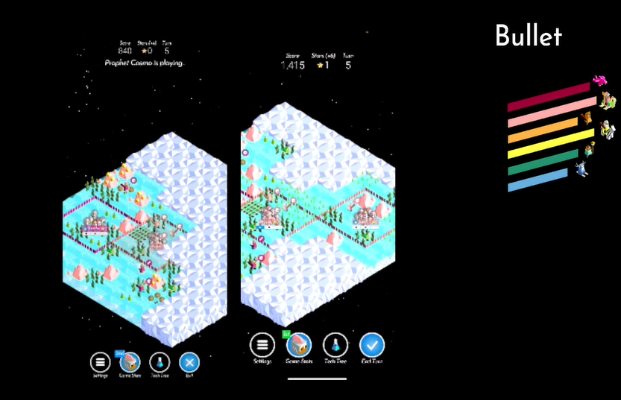 One of the EST competitors, Hero of War, said, “Bullet was fun. Very representative of what poly should feel like. Shame I lost all my brain cells in that 40 minute game vs Sven :)”

The second place winner of the GMT bracket, Cushion, said, “Really well organised, a lot of fun and exactly what I'm looking for when playing this game. Was great interacting with everyone.”

On his historic double bracket win, Astraea said, “I was lucky tbh. Ronin are the best though and my inner Ronin strength propelled me to win."

Many of these games are recorded with expert commentary. You can watch some of the best Bullet games on the PolyChampions YouTube channel.

By Tanya the Evil

I just realized how easy it is to sabotage someone's voting. 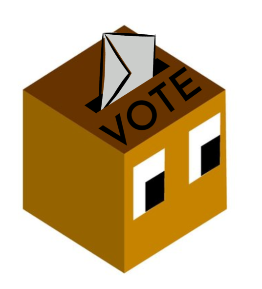 The Polytopia server's been going through some well needed adjustments over the past year. One such adjustment is the new art contest voting. Compared to the old system we had in March, this new method does a better job at giving everyone a fair chance. Submissions don't simply do better because they're at the bottom anymore*, since what matters isn't the number of votes, it's the total mean of all the votes. The system, however, isn't perfect

In June's "polytopia-legends" art event, me and a few others were awoken to a critical flaw in the current voting process.

Since scores are calculated via mean (average), if an entry is doing exceptionally well, that doesn't mean it's going to win. All it takes is for one bad faith actor, or one uncaring person in pursuit of the Virtuous Voter role to vote a ONE on your submission, and your score can plummet by tremendous amounts.

Here is an example

Such action took my "Jungle of Ai-mo" submission from what would have been 1st place [2nd to Espark's submission] to not even landing a podium spot, dropping my final mean by an entire 0.2, which is quite drastic. The person who voted ‘one’ did it accidentally. They weren't malicious, they were just going for the special role. But there are people who would mass-vote good submissions down to boost their own. There are people who would encourage others to dislike-bomb other submissions, critically damaging their mean every single time. It's very possible for a group of friends to literally delete someone's chances at winning based on things that are completely irrelevant.

Fixing an issue like this is harder than it sounds. Ideas to use things like Interquartile range have cropped up, but the thought of almost invalidating a large fraction of the votes lingers. I personally believe that having a system where the bottom 5% of votes are simply ignored is the way to go. It may sound harsh, but if a submission is truly bad, it will get more than 5% on low votes. It just means that submissions that are loved by basically everyone cannot be sabotaged by someone with a grudge. I completely understand that sometimes there are people who simply dislike a popular piece, and do vote low on those, but those rare scenarios are a small price to pay in order to prevent anything less than honest causing too much damage.

Thanks to all our contributors, Espark, Tanya the Evil, and Hoodwick, and also to our readers. A big thanks to Artemis for setting up the website for the newspaper.